Ira Neaman, MAS, founder and president of Avenel, New Jersey, supplier Vantage Apparel graduated from Syracuse University in 1974 and earned his Master of Business Administration degree from Harvard in 1976. He founded Vantage in 1977.

An active volunteer in the promotional products industry for more than 40 years, Neaman has served on several PPAI committees, including the Leadership Advisory Committee, the Strategic Planning Committee, and the Marketing and Research Committee, as well as the Promotional Products Education Foundation Board and several industry task forces. In 2002, he became the inaugural recipient of the PPAI Education Lifetime Achievement Award, and Counselor magazine named him its Person of the Year in 2003 and has included him in its Power 50 since 2008. 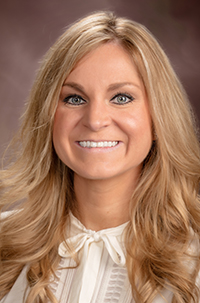 Brittany David, MAS, is the vice president of sales at SnugZ USA. She is an 11-year veteran of the promotional products industry. She has been with SnugZ for six years and previously worked at SAGE Quick Technologies Inc. as the tradeshow management services manager.

David’s creative firepower and engaging personality landed her on Counselor Magazine's 2013 Hot List, and she has been a panelist for the ASI Power Summit and PPAI Women’s Leadership Conference. She was recognized as a 2014 PPB Rising Star, 2016 Promo Marketing Rising Star, and she was named a PPAI Fellow in 2017. 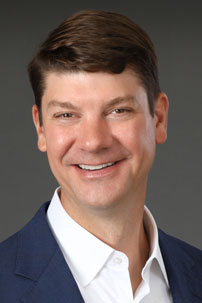 Prior to his election to the PPAI Board of Directors in 2017, Pottebaum served the promotional products industry in a wide variety of roles, most notably as president of Upper Midwest Association of Promotional Professionals, and as chair of the PPAI Marketing Information And Research Committee.

Pottebaum studied at the University of Northern Colorado and earned a degree in international trade and relations with an emphasis in economics. His greatest treasures are his wife, Sheri, daughter Savannah, and sons, Jax and Jaeger. He’s a proud Minnesotan who enjoys spending time on the lake with his family.

Mahre has a diverse background of work experiences including leadership roles at Procter & Gamble, Minnesota Twins Baseball Club business operations, a health care system and a major nonprofit. Before joining ADG, Mahre assisted a couple of friends in merging two promotional products distributorships, which allowed him to better understand both sides of the industry’s supply chain. He is also an active member of the PPAI Product Responsibility Action Group (PRAG) which oversees the training and education of industry members on product safety and compliance issues.

He is married to his high school sweetheart, Monica, and has two married adult children, three granddaughters and two grandsons on the way. He has been a volunteer youth coach and board member for more than 30 years and recently completed a term as board president of a major local nonprofit organization in the Twin Cities that provides employment opportunities for people with disabilities. 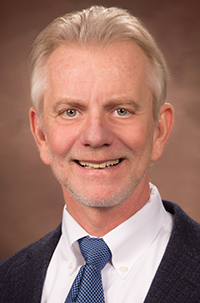 Amy Rabideau, MAS, is the director of purchasing at Summit Group, where her current focus is process improvement, compliance and product responsibility. With more than 20 years’ experience in the industry on both the supplier and distributor sides of business, supplier integration is one of Amy’s passions.

Prior to her appointment to the PPAI Board of Directors, Amy’s volunteer work has included board service with the Regional Association Council (RAC), Georgia Association of Promotional Product Professionals (GAPPP) and service on PPAI’s Professional Development Committee.

Amy studied at Medaille College in Buffalo, New York, and earned a degree in business administration. She currently resides in Atlanta, Georgia, with her husband and their two dogs. 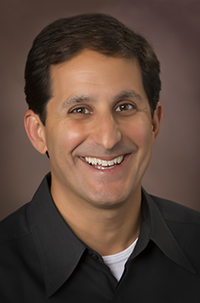 Danny Rosin is co-owner of distributor Brand Fuel and has 25 years of industry experience helping brands realize higher aspirations that will have positive and sustainable impact in the world. He also serves on the board for The American Marketing Association (Triangle Chapter), PromoKitchen and A Place at The Table. He is the co-founder of Band Together, a nonprofit that has donated $9.5 million to 18 unique charities through live music experiences. Rosin has created industry organizations focused on corporate social responsibility initiatives such as PromoCares and Reciprocity Road. He has served as president of Carolinas Association of Advertising and Marketing Professionals (CAAMP) and served on several PPAI committees. He is married with two teenage daughters and has come to grips with the idea that well-behaved women rarely make history.

Vera Muzzillo, CEO of Proforma, joined the company in 2001 and is focused on maximizing strategic development opportunities and providing comprehensive oversight to the banking, cash management, credit, financial, operations and technology aspects of the company.

Previously with Comerica Bank and as an independent business consultant, Vera also brings over 15 years of commercial and investment banking.

R. Renée Jones, MAS+ is the CEO and founder of A Creative Touch, Inc., located in Wilmington, North Carolina. Jones has more than 18 years of experience as a distributor.

Prior to being elected to the PPAI Board of Directors, Jones served on the Certification Committee, Professional Development Committee, Women’s Leadership Conference Work Group and the Woman of Achievement Award Advisory Group.

Jones earned her Bachelor of Science degree in Business Administration from Gardner Webb University. Currently, she is a very active volunteer in her community and is dedicated to making a difference in the lives of disabled veterans and their families. As Rotarian, she lives the Rotary Motto of Service Above Self.

One of the greatest rewards of her volunteer work was meeting the love of her life Robert – a fellow volunteer leader and Navy Veteran.

Dawn Olds, MAS, has been in management for over 20 years, spanning three focus areas: accounting, information technology and general operations. She has developed and managed project integration plans for dozens of successful acquisitions. Olds has been the executive sponsor for several Lean Six Sigma projects. Her career highlights also include mentoring and developing dozens of professionals within the HALO organization and promoting them. In addition to the development of people, Olds dedicates time to volunteering for Junior Achievement, is a mentor for a high school entrepreneur program, and is a member of the Women’s Professional Network. She holds a bachelor’s in information systems and an associate degree in accounting.

Kevin Walsh, CAS is a proud member of the Showdown Displays team, where he has worked the past eight (8) years serving in several leadership roles, the most recent of which is President. Kevin’s creative vision and ‘customer first’ mentality has contributed to the success of numerous industry suppliers including New Buffalo Shirt Factory, Lee Printwear, VF Imagewear and Wrangler Jeans and Shirts. In each of these organizations, Kevin has demonstrated a leadership philosophy that is founded in the belief of having the vision to recognize evolving landscapes and the courage to embrace the change needed to succeed. Kevin’s sales and marketing expertise combined with his bias for solutions utilizing technology, will prove to be a great addition to the PPAI Board.

Paul is the president and chief executive officer of PPAI, the not-for-profit association for more than 15,000 member companies of the $24.7 billion promotional products industry. He is committed to the advancement of the promotional products industry through visibility, viability and credibility. Paul is focused on delivering compelling member value and responsible for successfully executing the strategies and vision of the PPAI Board of Directors and advocating for the industry and its professional practitioners. 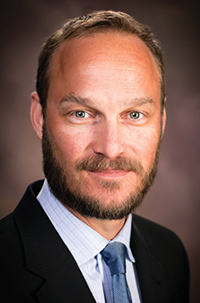 Cory Halliburton is an attorney with the law firm of Weycer, Kaplan, Pulaski & Zuber. He has served as General Counsel for PPAI since May 2014 and since that time he has participated in just about every PPAI Board meeting and strategic planning session and has reviewed hundreds of contracts for PPAI. He also supports in-house counsel of publicly traded companies and executives in the tax-exempt organizations space in their drafting and negotiation of substantial vendor agreements.